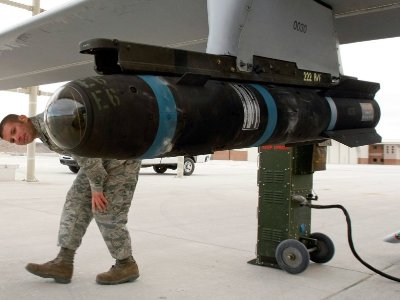 US has new high-precision rocket

The United States created and managed to use a new secret high-precision rocket, R9X, The Wall Street Journal .  It is a modified Hellfire rocket. The novelty has an inert warhead that does not explode, but throws a metal projectile weighing about 100 pounds. Thus, with the help of R9X, you can kill a target without harming nearby people and property, explains WSJ. There is also another variation of the R9X, in which the rocket carries a ring of six long blades and shoots them a second before the collision. According to the WSJ, one of the reasons for the development of this rocket was that the terrorists had adapted to the US Air Force air strikes and began to hide among large groups of civilians. Creating a rocket began in 2011, during the presidency of Barack Obama, who pointed out the need to avoid civilian casualties as a result of air strikes in Afghanistan, Pakistan, Iraq, Syria, Somalia and other countries.
Комментарии (0)
Добавить комментарий

SpaceX launches Falcon bodyguard go sky-high amid 24 satellites
26.06.19 Other
The mission, dubbed area adversity Program 2 (STP-2), is the third in favour of the Falcon arduous rocket, which SpaceX describes at the same time as the a good number

Kim Jong-un was in charge of the defense units
10.05.19 In World / In World / Politics
Russia sends humanoid android headed for global area class at unmanned Soyuz space rocket
22.08.19 Other
as 2002, Soyuz spaceship has beside yourself astronauts headed for the global area Station, bar this age in favour of this acid test flight, this Soyuz-MS spaceship is

Jeff Bezos going to send spaceship to moon
10.05.19 In World / In World
A representative of Blue Origin gave conflicting answers to questions…