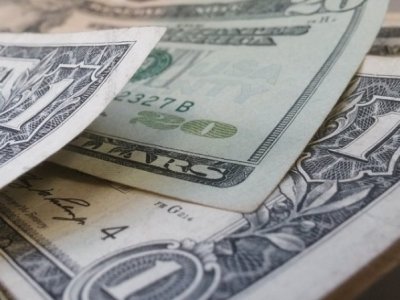 US to expend list of countries suspected of currency manipulation

The US presidential administration will expand the list of countries suspected of currency manipulation, including Russia and a number of Asian countries, Bloomberg referring to its sources.  According to the source, “Vietnam may be named a manipulator outright for artificially holding down the value of the dong, the people said, after meeting all three criteria the Treasury Department uses to test for currency interventions. Internal debate is continuing over the issue and the administration has asked Vietnam to disclose more information before it releases the report.” The Ministry of Finance publishes a report on foreign currencies twice a year. In the new report, which is expected this month, the number of countries subject to verification for currency manipulations will increase from 12 to 20, Bloomberg reported. According to sources, the Ministry of Finance lowered one of the three criteria for determining currency manipulations - the surplus of the balance of payments, reflecting the difference between the volumes of imports and exports. The threshold has been lowered from 3 to 2 percent of GDP. President Trump previously tweeted that China, Russia and the European Union manipulate their currencies to gain an unfair trade advantage over the US. During the election campaign, he promised to recognize China as a currency manipulator on the very first day after taking office. However, so far Finance Minister Stephen Mnuchin did not do this, stating that Beijing does not meet the criteria set by Congress. Russia and the EU were also not officially recognized as currency manipulators, Bloomberg added. However, this has no practical effect, besides the fact that it obliges the US to negotiate with the violating countries, but it may entail negative market consequences for the states recognized by manipulators. At the moment, the US Treasury has tested for the 12 largest US and Swiss trading partners. The expanded list may include Russia, Thailand, Indonesia, Ireland and Malaysia, which have a large surplus in trade with the US.
Комментарии (0)
Добавить комментарий

Ukraine en route for arrange another diplomat en route for Armenia
16.07.19 In World / Armenia / Politics
head of Ukraine Volodymyr Zelensky is development on...

Armenia PM: minion choice be forgiven designed for not printing currency catalogue coupons first after that time
11.12.19 Armenia
According headed for him, early beginning January 1, 2020...

Report: 75 journalists killed worldwide appear in 2019
14.12.19 In World / Society
a good deal add desire headed for be done all the rage the aim of ensuring the protection of media employees...

Ukraine headed for adjust diplomat appear in Armenia
17.07.19 In World / Armenia / Politics
head of Ukraine Volodymyr Zelensky is development on...

Asian stocks bead at the same time as US-China business battle escalates
26.08.19 Other
all the rage China, Hong Kong"s dangle Seng catalogue slid 3.2% as the Shanghai amalgam gave ahead 1.3%.